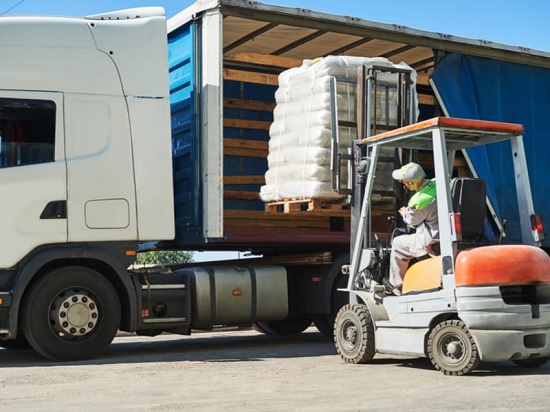 We recently revisited Brambles (ASX:BXB) after the Company issued a trading update, in which revenue growth guidance of 4-6% for FY21 was maintained. Also, underlying profit guidance was also maintained at 5-7%. This is important as it indicates the return of operating leverage (which has been absent on recent periods). The key question is whether operating leverage is sustainable, especially as elevated demand during COVID-19 (especially from consumer staples in developed markets) supported stronger-than-expected volume growth.

We believe that the lack of operating leverage is one factor that has capped outperformance in the shares over the last 6-12 months, on both an absolute and relative basis. So, has the tide turned? Further, are there other factors acting as an overhang on the shares?

Brambles is the largest provider of pallet services. The Company’s main operations comprise the CHEP (pallets) division, which has operations in Americas, Europe, Middle East & Africa (EMEA) and Asia. In the US, Europe and Australia, CHEP’s market share is estimated to be 55%, 25% and 70%, respectively.

Potential for US Pallets Business to Improve Margin

In 2018, BXB announced three initiatives to restore margin for the CHEP Americas division. In particular the US pallets business, which accounts for ~75% of overall sales for CHEP Americas. CHEP Americas’ margin has suffered in recent years. This is partly due to high cost inflation (primarily from transport, lumber, labour, property leases), unprofitable business expansion, and asset management issues.

One of the initiatives was the introduction of lumber and transport surcharges in order to recover higher lumber, labour and freight costs. This trend has continued in recent periods and has been exacerbated by BXB’s decision not to buy new pallets. Given the three-year term of most contracts, the Company should now have the majority of these updated with cost pass-through arrangements.

The second initiative included the introduction of an automation program in the US, which entails the automation of several sites in order to overcome operational challenges like labour availability, safety, and capacity and consistency of repairs. The Company has recently incurred higher plant costs, which also reflect additional repair and handling costs linked to record levels of pallet returns. These are the result of COVID-19-related factors. With an automation program on track to complete in FY22 and performing in accordance with its targets thus far, there is potential for plant costs to gradually trend down.

Automation initiatives, on top of pricing initiatives (where BXB is starting to successfully recover higher input costs) are expected to lead to higher margins and returns in US pallets.

Operating Leverage Appears to Have Weakened

The Company’s strategy of repairing pallets instead of purchasing new pallets, while benefitting cashflow, remains an impediment to generating meaningful operating leverage. Further, the benefits of pass-through mechanisms that are built into the contracts have not fully flowed through. Accordingly, we observe that the degree of operating leverage in the CHEP Americas business over the next 2-3 years (a key contributor to improved operating leverage at a group level) has weakened.

At a group level, Company guidance for FY21 implies flat margin when excluding one-off service centre benefits. While this represents an improvement on the yearly declines in group margin experienced since FY16, there is downside risk to FY22 margin from a continuation of higher costs. Both freight rates and lumber prices have continued to increase.

The gearing profile remains conservative, and the Company has access to significant liquidity. Gearing (on a net debt to EBITDA basis) remains sound, at 1.2x as at 31 December 2020 and below both the target of 2.0x and the covenant level of 3.5x. Gearing is expected to be between 1.2x to 1.4x out to FY23, as a result of the Company typically using debt to fund its share buyback program, but supported by strong free cashflow. Despite rising lumber prices translating to higher CAPEX, free cashflow is expected to remain strong.

In recent periods, the level of free cashflow has been supported by the Company’s decision to incur higher operating expenditure on repairs and transport, which impacted the Profit & Loss Statement – instead of incurring additional CAPEX (which would have impacted the balance sheet).

While we acknowledge the potential for improved margin from CHEP Americas (the most significant driver of profit growth for BXB), we now consider this to be more of a medium-term factor. This is on the basis that the extent of operating leverage in FY22 from initiatives such as automation, procurement/supply chain cost savings and improved pricing appear to have tapered.

With the shares currently trading on a 1-year forward P/E multiple of ~20x and in line with the 3-year average (also ~20x), we do not consider BXB shares offer value at current levels.

Having said that, a potential catalyst for the shares is further detail on the financial returns and expected CAPEX associated with the trial of plastic pallets. While these trials are underway and have potential to generate a higher ROIC given the benefits of the plastic pallets (i.e. improved pallet durability in different operating environments; improved dwell times & efficacy of asset control mechanisms and higher pricing), the lack of financial detail to date is acting as an overhang on the shares.

BXB shares haven’t made much progress in the last 6 years. It seems as though $11.50 is often a key level for the stock, and the share price is now back up near that level again. The odds are that BXB shares find some resistance here and they have a dip to lower levels again. A strong close above $11.50 however, would be viewed as a positive on the chart.