Bapcor shares are back on the radar 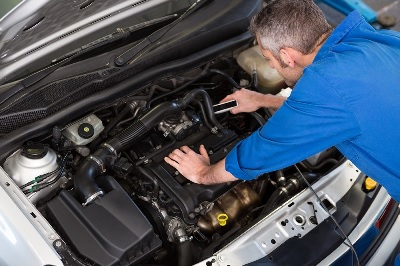 The last 12 months have been tough for Bapcor (ASX:BAP) but there now appears to be light at the end of the tunnel.

After a challenging period for Bapcor shares, we saw the recent full year results release (FY19) as potentially a turning point. The investment case for BAP is now supported by:

1. a quicker-than-expected rebound in sales growth the Trade segment,
2. the re-commencement of earnings growth for the Retail & Service segment,
3. growth opportunities from the rollout of Trade stores in Asia and,
4. an improving gearing position all support the investment case for BAP

Bapcor is Australasia’s leading provider of automotive aftermarket parts, accessories, automotive equipment and services. The Company’s operations are divided into four segments. They are Trade, Retail & Service, Specialist Wholesale and Bapcor NZ (formed after the acquisition of Hellaby Holdings (Hellaby) in September 2016. The Trade segment is the largest contributor to earnings, accounting for 45% on an EBITDA basis.

In 1H19, the Trade division reported same-store sales growth (SSSg). This was well below recent trend of ~4.5% per annum from FY15 to FY18 and the worst since FY13. The magnitude of the decline in SSSg performance in 1H19 was unexpected. A key factor underpinning this was more challenging retail conditions in the latter part of calendar year 2018. This resulted in consumers delaying their car servicing. In turn, it impacts on BAP’s trade customer orders (i.e. from mechanics).

BAP appears to have come through this difficult period, reporting an improvement in SSSg in 2H19 of +2.5% (+2.2% for the full year). Further, the Company noted that post balance date, SSSg has improved to >3% as a result of a recent increase in car service volumes and a marginal reduction in competitive pressure. This has enabled the Company to implement price increases. In regards to the latter, BAP expects widespread price increases over the coming months. These would have historically been passed onto consumers by mechanic customers in the Trade segment.

These factors highlight the highly defensive nature of the Company’s Trade business. In particular, car service delays are unlikely to persist for an extended period. The segment is also well positioned to benefit from the recent shift in consumer preferences towards used vehicles.

These defensive qualities are supported by margin expansion. It also highlights the Company’s ability to improve earnings and margin during periods of revenue pressure (as was evident in FY19). These are mainly as a result of optionality on sourcing (which contributed to an expansion in the gross margin for the Trade segment).

BAP currently has five automotive trade stores trading in Thailand, with four greenfield stores in Bangkok as at 30 June 2019. This was lower than previous guidance for six. The slow rollout is being attributed to delays in store refurbishments and supply chain. BAP expects one additional store to be opened in FY20, as the trial phase continues. BAP is currently rolling out its electronic parts catalogue to its initial five stores in Thailand. It is expected to make a decision in early 2020 on an expansion to the Greater Bangkok region. This is where the Company has already identified 60 potential sites, given the highly fragmented nature of the market where there is presently no scale competition. Accordingly, we consider that the expansion opportunity in Asia (Thailand initially and potentially to other Asian countries) has the potential to become a significant earnings driver for the Company.

As at 30 June 2019, gearing level (on a net debt to EBITDA basis) was 2.04x and remains below the covenant ratio of 3.0x. While the magnitude of the reduction in the gearing level was less than the Company’s recent guidance for gearing to decline to 1.9x, we expect improved cash generation in FY20 to reduce the gearing level further by the end of FY20. The stronger balance sheet positions the Company to continue to seek out complimentary bolt-on acquisitions for its Specialist Wholesale divisions.

Whilst no formal guidance was provided at the FY19 results release, the Company commented that the 1st six weeks are showing an improvement in all operating segments. Management projected a tone of optimism, following a general level of caution in February.

The shares have re-rated by ~12% since our recommendation in mid-July (i.e. pre-results). However, in context, while the 1-year forward P/E multiple has expanded from ~16.5x to ~18x, the shares are still trading below the average 1-year forward P/E multiple over the last three years of ~20x. Accordingly, in light of the Company’s defensive qualities which underpinning mid-to-high single-digit consensus EPS growth forecasts for FY20 and FY21, we consider BAP to be a stock worth considering. This is especially in the event of any weakness from current levels.

Beyond this, the expansion into Asia could become the Company’s primary earnings driver. This in turn is a future catalyst for the shares given that the market to date appears to have factored in a minor contribution from Thailand.

On the back of their FY results, BAP pushed higher on strong volume. This is breaking what appears to be an inverse head and shoulders pattern. It continues to look probable that BAP will see higher levels over the next few months. We would be targeting $7.50 as the major line of resistance. Shorter term, any weakness should ideally be contained to the neckline near $6.40.