Assessing an opportunity to buy Amcor 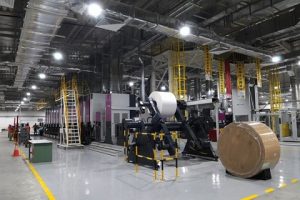 Amcor (ASX:AMC) is a global packaging company which has seen significant growth over the years. However, the share price has fallen more than 15 per cent in the last 12 months. Do we now have an opportunity to buy the stock, or is there more downside on the way?

An overview of Amcor

There have been three factors that have impacted market sentiment towards the stock: Rising input costs; weakness in tobacco volumes and a worsening outlook for North American beverage and closure volumes.

In terms of rising input costs, the market had been expecting that higher resin costs would be recovered. However there is emerging evidence that contract pass-through mechanisms for rising resin costs may not take effect as automatically as previously thought.

At a recent trading update, AMC noted ongoing raw material costs (including resin, aluminium, inks) have increased further. This has led to high single-digit average increases recorded since December 2017. As the lag in emerging markets is greater than that for developed markets, this creates a disproportionate impact from higher raw material costs. It is therefore a contributor to the softer guidance for “modestly lower FY18 outlook” in comparison to the guidance provided at the time of the interim results in February.

Whilst the shares are currently trading on a 1-year forward P/E multiple of ~15x, we consider that there are few positive catalysts for the shares. In particular:

1. We consider the issues referred to above as being temporary, rather than structural. However, it is likely that these headwinds are having an impact for longer than assumed. There is scope for beverage volumes in North America to stabilise. There is also the impact from increasing resins costs to abate as significant resin capacity is installed in North America over the next 24 months. Despite this, the improvement in other aspects of the business (i.e. flexible packaging volumes in Latin America and weak tobacco volumes) may take longer to materialise.

3. The performance of AMC’s emerging markets in general also remain mixed, with underlying conditions similar to 1H18. However, there may be an earnings impact to the emerging markets business given that resin prices in Asia are likely to have risen by a greater magnitude than in the developed regions (i.e. US and Europe). The lag time for price recovery for emerging markets is also longer than that for developed markets.

Therefore based on Amcor’s fundamentals, we would take a more cautious approach at this stage.

Amcor shares have been trending lower since peaking 12 months ago. The last few weeks has seen a slight recovery in the share price. However, it is too early to believe that Amcor can trade higher from here. There seems to be a clear resistance line that the stock is respecting (indicated by the diagonal blue line). So if the shares can move beyond that (preferably higher than $14.50 to “play safe”), then we can feel more confident that the share price is on the way up again. Otherwise a failure around these levels could see the share price drift back to levels under $13.