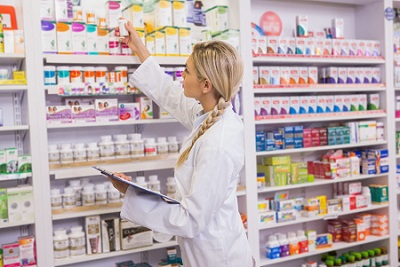 We reviewed Australian Pharmaceutical Industries (ASX:API) at the end of June and since then the share price has steadily climbed higher. We take another look at the Company’s fundamentals and technical to see whether the shares can make a turnaround.

In light of ongoing challenges in the core Wholesale Pharmacy Distribution and Retail divisions, which have weighed heavily on the share price over an extended period, we considered two potential circuit-breakers for the Company. They are the implications for API from likely industry consolidation and the recent acquisition of Clearskincare, which is part of the Company strategy to diversify revenue streams away from the slow-growth PBS revenue stream, and soft retail conditions prevailing in a highly competitive market.

The Pharmacy Retail operations encompass the franchising of beauty-focused community pharmacy under the Priceline Pharmacy banner (these stores are owned by franchisee pharmacists) and the retailing of health and beauty products in Priceline stores.

In mid-December 2018, API launched a non-binding indicative proposal to acquire ASX-listed peer Sigma Pharmaceuticals (ASX:SIG) via a scheme of arrangement. In addition to the acquisition proposal, API acquired a 12.95% stake in SIG. The proposal, which included a cash and scrip component and valued SIG at a 69% premium to last closing price at the time, was subsequently rejected by SIG in March 2019, with the SIG board elected to terminate all discussions.

While industry consolidation by way of an API/SIG merger is currently on hold and potentially off the agenda, there is strategic merit in a merger from the viewpoint that:

1. API and SIG are the 2nd- and 3rd-ranked drug distributors in Australia, respectively, and a merger of the two would be positive for the industry as it would create a more efficient wholesale industry through better asset utilisation; and potentially offer the industry greater bargaining power against FMCG manufacturers resulting in better consumer pricing.

In addition, a merger would result in improved profitability for industry participants, in light of current challenges, including increasing price pressure on PBS medicines, and the fact that there is no increase in the CSO funding pool. The falling prices of PBS medicines and rising volumes have resulted in lower revenue and margins for wholesalers over an extended period of time.

2. API had estimated $60m of gross synergies by year three of the merger, to be generated from the rationalisation of the combined distribution centres network, back office and IT.

However, there are challenges to a merger, including obtaining ACCC approval and the likelihood that any merger would not become EPS accretive until the 3rd year of the merger. This is when the full amount of synergies would be realised (unless a new proposal identifies further synergies and is approved by the SIG board).

In June 2018, API entered into a binding agreement to acquire Clearskincare Clinics (‘Clearskincare‘) for $127.4m. Clearskincare is a provider of non-invasive aesthetic services such as laser hair removal, skin treatments and cosmetic injectables with 42 clinics in Australia and two in NZ and an exclusive skincare product range.

The acquisition is complementary to API’s core business, which will diversify revenue streams into the health and beauty market and provide additional growth opportunities in the medium term. It is consistent with the Company strategy to diversify revenue streams away from the slow-growth PBS revenue and soft retail conditions prevailing in a highly competitive market.

While the inclusion of Clearskincare is EPS accretive and improves gross margin performance for the group (given that the gross margin for Clearskincare is materially higher than pharmacy distribution), the acquisition, which was entirely funded by debt, contributed to negative operating cashflow in the first half, as well as a material increase in the gearing level, from 0.5x as at 31 August 2018 to 2.2x as at 28 February 2019.

Notwithstanding that the shares are presently trading on a value-like P/E multiple, we take a cautious view on the stock’s fundamentals.

EPS growth in FY19 is expected to be negative, but improve from FY20 (+7%). This improvement is predicated on continued growth from the recent Clearskincare acquisition and a sustainable recovery in comparable store sales for Priceline. We also consider that there is a risk to earnings growth from the Wholesale Pharmacy Distribution division, given that PBS revenues remaining under pressure and competition is unlikely to abate.

Having said that, we consider that Australian Pharmaceutical Industries’ participation in any industry consolidation (either as part of an enlarged entity or target) may be well received by the market. This would be a catalyst to see a turnaround in the share price.

API has gone down and tested the sub-$1.30 level on 4 occasions now. The recent rally off the May low appears fairly corrective and it could just be a bearish flag within an uptrend. It is coming up to some resistance here at $1.40. At the moment API appears at risk of heading to new lows for the year. If it breaks down from this bearish flag, then that would be enough evidence to us that we would continue to see lower levels in the share price. So for the moment, it is too early to be buying in to API for a turnaround. What you need to look for is a move through $1.40 and then give API some time to establish support above those levels. If that were to occur, then we could feel more confident that the share price is establishing a floor to rally from.