Are S32 shares a buy at cheaper levels? 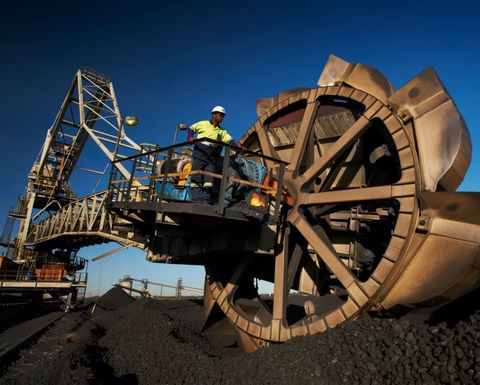 We recently researched South32 (ASX:S32) after the Company reported results for the 12 months to 30 June 2022 (FY22). Overall, we chose to remain on the sidelines look for lower levels as a more attractive entry point. The key reasons for our decision were that: i) Consensus EPS estimates factor in a 15% decline over FY22-25 (on a CAGR basis), which reflected more moderate commodity prices and higher unit costs in FY23 and most likely in FY24 and ii) There is a risk to FY23 earnings, as consensus estimates are presently above earnings on a spot commodity price basis.

With the shares having weakened since our recent report, do current levels offer a more attractive entry point?

South32 is a diversified mining company with principal exposure to aluminium/alumina, coal, and manganese. Their operations are largely in Australia, Brazil, and South Africa. The asset quality of S32’s portfolio is high, with the majority of assets in the bottom half of their respective cost curves.

Outlook Points to Decline in Earnings Forecasts for FY23/24

S32 has reported quarterly production records at Worsley Alumina, while Hillside Aluminium and Mozal Aluminium continued to operate above nameplate capacity in FY22.

Overall, the combination of higher FY23 unit costs across most operations and lower production from Cannington and Illawarra have resulted in significant downward forecasts, mostly to FY23 estimates and, to a lesser extent, FY24 estimates.

A key catalyst for the shares has typically been further development/newsflow on growth projects, that are either new or at existing operations. To this end, it is worth highlighting several opportunities:

i. Expansion at Sierra Gorda – The acquisition of a 45% interest in the Sierra Gorda copper mine (completed in February 2022), coupled with increased ownership of Mozal and the restart of Brazil aluminium is strategically positive to S32 as it gives the Company exposure to copper, which contributed only around 3% to overall earnings. Copper enjoys more upside in a decarbonisation world and it is worth noting that these initiatives are expected to drive copper equivalent growth of 14% in FY23. This compares to <5% for its larger peers BHP & RIO.

ii. Taylor Deposit at Hermosa – The Hermosa project comprises the zinc-lead-silver Taylor sulphide deposit (Taylor Deposit) and the zinc-manganese-silver Clark oxide deposit (Clark Deposit). During FY22, S32 completed a pre-feasibility study for the Taylor Deposit, and advanced study work on the Clark Deposit. The Taylor feasibility study result is expected in mid-2023 and the Clark Pre-feasibility study is scheduled for late-2022. The Company is very optimistic on the Hermosa development, with management highlighting that manganese, which is now recognised as a critical mineral, was getting a lot of support in the key US market.

iii. Seeking exposure to lithium battery manufacturing – Management commentary subsequent to the FY22 results release indicate that the Company could be interested in exploring production of battery-grade manganese, which is used for precursor and lithium battery manufacturing. S32 has also indicated that lithium is now on the radar, with the Company keeping an eye on lithium miners with a stretched balance sheet. A recent Executive appointment was made in order to undertake commercial work pertaining to the battery-grade raw materials market.

S32 reported a net cash position of US$538m as at 30 June 2022, supported by continued strong free cashflow generation. However, when accounting for over US$1.0b of funds to be returned to shareholders (via a final dividend, as special dividend and completion of a capital management program), the balance equates to an adjusted net debt position of $US499m. The balance sheet is also supported by a strong liquidity position, with US$2.4b cash on hand and an undrawn US$1.4b revolving credit facility.

The current share buyback program is expected to be to be extended again in 1H23. With cash generation remaining strong, a further US$250m of share buybacks in FY23 is a possibility.

Key attractions of the investment case for S32 include: i) An improved operating margin profile, ii) The potential for increased capital management (which has historically been accretive to EPS) and iii) An attractive commodity/portfolio mix that is becoming increasingly skewed towards base metals and critical minerals.

While the shares are currently trading on an attractive 1-year forward P/E multiple of 6x, it is worth noting that further downside in the shares – based on the reasons outlined in our introductory comments – cannot be ruled out in the short-term.

We looked at the chart of S32 on 9 August in The Dynamic Investor and made the following comment: “S32 appears to have a low in place for now. It rallied higher at the end of July and took out the previous swing high before easing back again. Yesterday saw it gap higher on good volume. In our minds, this confirms that we should see further upside from here. Current levels are a buy if tight stops are used, and we anticipate some resistance to kick in near $4.40.” We can see that S32 has hit resistance and is now easing back. If the shares can find support lower down near the July low and then rally, then that would be a good sign of a low and therefore a buying opportunity. For the moment, it is best to observe price action for now.