Are InvoCare shares defensive enough to be a buy? 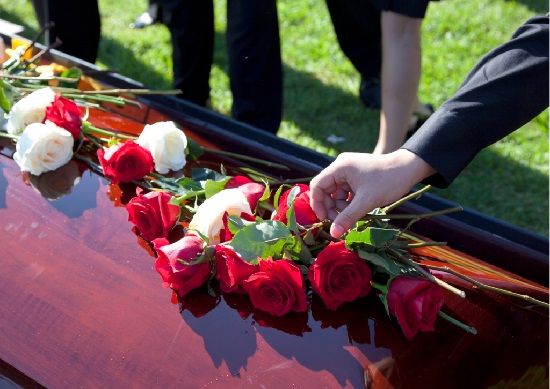 Shares in InvoCare (ASX:IVC) have retreated from a recent high of $12.45 per share in mid-May of this year, as some in the market are sceptical about the Company’s ability to generate volume growth and control costs. Accordingly, we recently researched the Company to assess the likelihood of a recovery in the share price.

InvoCare is a leading operator of funeral homes, cemeteries and crematoria across Australia. They have smaller operations in NZ and Singapore. In the Australian market, IVC is the only player with national brands, which include White Lady Funerals, Simplicity Funerals and Value Cremations. IVC expanded into pet cremations following the acquisition of two businesses in November 2020. Combined, these two businesses represent the largest pet cremation business in Australia, with a national footprint and the market leader in pet cremation and pet after life services.

Based on the available ABS statistics, the death rate in Australia is starting to normalise towards the long-term trend. This is resulting in IVC’s Australian business seeing a meaningful increase in funeral case volumes. This compares to earlier in the current half (1H22), where COVID disruptions and wet weather impacted IVC’s ability to service the market.

The funeral case average in FY21 rose by 4.7%, as the Company benefitted from increased spending on higher-service funerals and memorials. (Funeral case average refer to the amount paid by clients for funeral services only and does not include the burial/cremation costs which are typically paid upfront by clients).

Results for the 12 months to 31 December 2021 (FY21) continued to exhibit the trend seen in 1H21, of operating leverage returning to the business, assisted by a rebound in funeral case average growth. The 22% gain in EBITDA was driven by revenue growth (+10.7%) running ahead of operating costs (+7.4%), leading operating leverage higher.

Aside from volume growth, the key factor likely to determine whether operating leverage can continue in the short term is the Company’s ability to control costs. This is especially as further investment into the business is required, not only from a shopfront perspective, but also ongoing IT/technology platform expenditure. To this end, the Company expects the funeral case average to increase in FY22, some of any uplift in the funerals case average will be offset by inflationary pressures.

In its recent trading update, the Company noted that:

i. COVID-driven absenteeism has placed significant pressure on staff levels. Staff absenteeism and shortages have made servicing elevated demand and realising growth initiatives challenging.
ii. Supply chain challenges remain (i.e. equipment, IT hardware, granite) and
iii. Cost pressures remain, especially labour rates. A key component of the reported 7.4% increase in costs for FY21 was staffing cost increases of 13%, which were due to wage inflation, performance-based salary increases and the pet cremation acquisitions.

Relative to other industries, IVC appears well placed to be able to pass through cost increases. However, with labour representing nearly half of overall operating expenses, labour inflation and COVID disruptions will likely hamper the usual operating leverage within IVC’s business model for FY22.

Having said that, operating leverage is likely to resume in 2H22/ FY23 as absenteeism rates improve. Industry sources have commented that staffing levels have started to improve in the Cemeteries & Crematorium business, as well as for internal staff and 3rd party contractors.

Further, the near completion of ‘Protect & Grow’ (discussed in further detail below) now better positions the Company to implement price increases on a more regular basis. This supports revenue growth, especially as upgrades for some of the largest sites within the portfolio (which have the highest targets for volume and case average growth (outside greenfield sites) have been completed.

In late 2017, the Company commenced a capital expenditure (CAPEX) program, with plans to spend $200m over four years on refreshing operating sites and advancing IT systems and processes. The program, called ‘Protect & Grow’, was implemented in order to reverse market share decline and increase revenue by providing an improved product offering.

A core focus of the Protect & Grow strategy has been the Network and Brand Optimisation (NBO) program across Australia & NZ. This aims to “transform InvoCare’s traditional funeral facilities into facilities that are more contemporary and better able to deliver additional service levels that are in-tune with client families’ needs and preferences”.

The Company is now nearing the end of the NBO program. The Company flagged at the FY21 results release in February that the majority of future CAPEX on projects will form part of recurring CAPEX going forward. Accordingly, IVC is now in a position to pursue growth opportunities.

The capacity for IVC to pursue growth (including further acquisition opportunities) is supported by: i) Excess debt capacity and a gearing level (on a net debt to EBITDA basis) of 1.2x, which is below the target range of 2.0-2.5x and well within covenant levels; ii) Typically strong operating cashflow and iii) Increased sale proceeds from sites sold under the NBO program.

IVC is currently trading on a 1-year forward P/E multiple of ~26x. This is below the recent average of ~30x, which we do not consider demanding in the context of:

i. A defensive revenue stream during an economic downturn, which is supported by a normalisation in the death rate in Australia,
ii. Evidence of improving operating leverage over the medium term that supports EPS growth of 15% over FY21-24 on a CAGR basis.
iii. Enhanced pursue growth following a period of significant investment.

Since the 2020 lows, IVC had been slowly trending higher in a clear channel (blue lines). However, it broke under support in early June. In the past couple of weeks, having been oversold in the short-term, it managed to give us a short-term bounce back towards $11. However, we are likely to see IVC reject the underneath of the old support line and head back to the mid $9’s to retest the 2020 lows. If it can go back there and hold, then that would be the better buying opportunity.