A technical and fundamental analysis of Integrated Research (IRI) 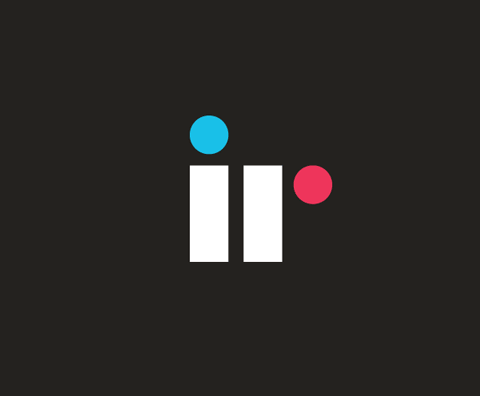 Integrated Research (ASX:IRI) has had a great run over the years, but the share price has stalled in the last 6 months. Can they push higher or is this as good as it gets for IRI?

Integrated Research (ASX:IRI) is a leading global provider of performance management software for business-critical computing environments. The core product of the Company, Prognosis, is an integrated suite of products that provides availability and performance management, diagnostics and insight across four revenue lines: Unified Communications, Payments and IT Infrastructure and Consulting Services.

Prognosis is supported by multiple platforms, vendors and applications and used by many of the world’s largest organisations including major stock exchanges, banks and telecommunication companies. IRI has +1,200 enterprise customers and +125 Fortune 500 customers.

IRI has a 30 June balance date.

Observations for each Product Line

In terms of revenue contribution by the type of fees, Licence fees are the key leading indicator of the Company (+17%) and are the largest area of revenue for IRI.

This product line is the largest contributor to revenue, accounting for around 60%. A high portion is recurring revenue (1H18: 87%). Revenue growth in FY17 (+1%) was impacted by some Avaya customers delaying their purchase decisions due to Avaya’s Chapter 11 status. By way of background, Avaya is a customer of IRI and one of its distribution channel partners. In early 2017, it filed for chapter 11 bankruptcy. Avaya has since exited Chapter 11 and the decrease in sales on the Avaya platform, which continued in 1H18, is expected to reverse. Sales from Avaya are expected to contribute strongly in 2H18.

In 1H18, the key factor that offset the decline in sales from Avaya was the increase in sales from other partnerships with Cisco and Microsoft. IRI has been in partnership with Microsoft since 2010. It has been helping customers and partners deploy, test, operate and optimise Skype. In 2017, sales from Microsoft Skype for Business customers (launched) more than doubled in FY17 (following a launch in September 2016) and now comprise nearly one third of Unified Communications’ sales.

Forecasting revenue trends in this division appears difficult, as revenue is mostly driven by renewals. After a relatively subdued renewal period in FY16, there was a strong level of renewals in FY17, but more subdued levels of renewals are expected in FY18 – 1H18 revenue was down 16% because of this factor.

Revenue, which increased by 58% in FY17 as a result of growth in payments transactions worldwide the introduction of new payment technologies, appears to be stabilising (i.e. flat in 1H18).

The revenue decline in FY17 (-8%) was the first year of revenue decline after several years of good consecutive growth, in particular strong growth in FY15 and FY16. While revenue returned modest growth in 1H18 (+3%), this division is the smallest contributor to sales (~8%).

The Company is susceptible to operating cashflow weakness as a result of the timing of sales (particularly if these occur late in the period). It is also susceptible to the impact from the recent transition in licence payments from perpetual to upfront annual payments.

IRI has a strong balance sheet, with no drawn debt (from a $10m borrowing facility). However, as a result of weaker operating cashflows in 1H18, the cash balance reduced to $9.6m, from $14m as at 30 June 2017. It is unclear what the Company’s strategy with regards to how the Company can utilise its cash balance. No strategy with regards to acquisitions has been articulated and due to the weaker operating cashflows in 1H18, the dividend was held flat. Hence we would not expect an increase in the dividend in the foreseeable future.

1. The Company typically does not provide forward guidance but provides retrospective guidance. For example, in January 2018, IRI provided revenue and sales guidance for 1H18 (i.e. to 31 December 2017) ahead of its results, which were released in February 2018. This factor highlights a difficulty in predicting sales and earnings (margin has been improving). Further, as ~95% of revenue is earned offshore, reported figures are exposed to adverse currency movements (against the US$ and €) as the Company reports in A$.

2. Group earnings are highly reliant on further growth on the Unified Communications division, with challenges for the Infrastructure and Consulting divisions likely to remain.

3. Also worth noting is the selldown of shares by the founder and Chairman, Stephen Killelea. Mr Killelea sold down a further 15m shares at $3.82 (as per ASX announcement on 2 March 2018) and he now has a ~39.5% stake. There were two previous selldowns – in September 2017 (6.6m shares sold at $3.30) and a prior selldown in October 2015. The issue here is that Mr Killelea has previously indicated his intention to decrease his involvement in running day to day operations. To this end, it is likely that further selldowns will occur. This will act as an overhang on the share price as it is unclear to what level of shareholding Mr Killelea intends to sell down to.

In our view, the appointment of a Deputy Chairman in April this year adds to the uncertainty. This is part of a “succession planning process for the future when Mr Killelea may seek to step down as Chairman”. With no timeframe for the latter, coupled with the uncertainty of what level of shareholding Mr Killelea intends to sell down to, and the fact that the shares are considered illiquid, potential investors need to be mindful of the investment risk.

Overall, we consider the shares a fairly valued in light of the three points highlighted above.

Since peaking in November, IRI has failed to head higher. However, we can see that price action is resembling that of a symmetrical triangle. This means that this could be a continuation patter, and IRI is just consolidating the prior uptrend. If we see a break to the upside (ie, above $4), then IRI would likely resume the uptrend and try to push higher. Obviously a break to the downside would be a cause for concern. Traders should therefore keep an eye on price action and follow the direction of the break.