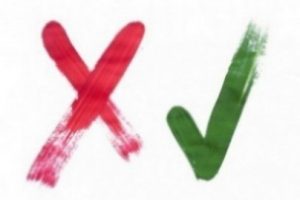 This post is an extract from the newsletter dated 13 June 2017. You can access the full version of the article HERE.

Caltex has made a large 3-wave correction since its peak in 2015. After firmly establishing some support at $28, it broke through some major trend line resistance in the mid $32’s. CTX is trading in such a positive way now that we believe it should make a quick run up towards the high $30’s.

I was negative on the JBH chart last year on this website when it was trading in the $28’s and commented that the stock should fall to $22. A few weeks ago it hit that target. Now we have seen JBH bounce from that level. This area sees JBH trade on trendline support and it is also the 38.2% retracement of the 2012 – 2016 rally. JBH should continue to head higher from here, but downside risks remain. We would look to put a stop under the recent low and expect resistance to come in near $25.50 and then up at $27.50.

The chart of ICQ is looking very good but there isn’t a rush to buy it just yet. What we are seeing here is a long term base being built in the stock. The longer a stock bases, the more powerful the eventual breakout. It seems to be making some higher lows which is a good start, and hopefully that means that a breakout is imminent. There is some obvious resistance at 32c so traders should place ICQ on their watchlist in order to buy the breakout. The obvious targets would be the gap created last August near 60c.

We looked at HSO last year when it got smashed from over $3 and was trading at $2.24. Despite the chorus of calls to buy it, we stated that the chart suggested to expect even further downside. Our comment in our research at the time was that HSO “is likely to dip under the recent low of $2.12. We may even see the stock with a “1” in front of it.” Now that the stock is washing out the sellers, it has a chance of bouncing here. It may take a while to know whether that can be sustainable or not so we may just see the first signs of accumulation about to take place.

In April when FLT was trading in the low $30’s, we alerted readers to the breakout and suggested a short term move towards $34. FLT exceeded our target and has traded above $37. We can now see some obvious rejection of that level which also comes at the long term downtrend line. As a result of this, we should now expect weakness in FLT with a fall towards support at $34.

After peaking last year, WFD fell dramatically from about $11 to $8.50. It then tried to rally but we can see now that it was merely forming a symmetrical triangle. This continuation pattern has now become clear to us because the stock recently broke under support. WFD should now resume the downtrend. We have support near $8, and if that cannot hold, then strong support will come in near $6.70.