An Introduction to Fibonacci Retracements 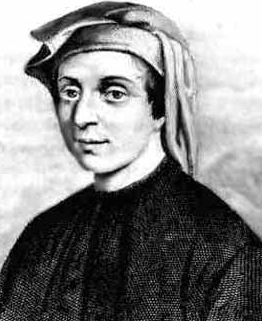 Guglielmo Fibonacci was an Italian mathematician born in Pisa, Italy in 1175AD who introduced the Fibonacci numbers. He has been hailed as the greatest European mathematician of the middle ages. When Fibonacci was young, he travelled with his father who was a merchant through the Eastern Mediterranean and North Africa. It was during his travels that he met with many other merchants and learnt the Hindu-Arabic numeric system. He published his first book titled “Liber Abaci” and introduced the Arabic numerals 0 through 9 which formed the basis of a decimal system. This new system made addition, subtraction, multiplication and division a lot easier than the old Roman numerals. In this book he also introduces the simple numerical sequence of numbers 0,1,1,2,3,5,8,13,21,34,55,89,144 which are the foundation of mathematical relationship behind phi. Each number is the sum of the two numbers before it, that is , (0+1=1, 1+1=2). The ratio of each successive pair of numbers in the sequences approximates Phi (1.618), that is, 5 divided by 3 is 1.666, 8 divided by 5 is 1.60.

This Fibonacci sequence is found widely in nature. For example, in the below picture of a rose, it starts with 8 petals in the first sequence (in blue) and then the next sequence has 5 petals (numbered in the red).

Trading with the Fibonacci Retracements

The 50% ratio is not a Fibonacci number but traders use it when finding support and resistance levels.

Prices tend to move in cycles and this Fibonacci retracement tool is good to use to estimate when the following pullback is likely to stop and when the trend will resume.

Traders will wait for the 23.6% and 38.2% retracements in bullish markets before the uptrend takes place again.

Traders who are looking to enter the stock at the bottom of the market will wait for 50%, 61.8% retracement levels for a pullback.

The Fibonacci number of 0.618 has been named the “Golden Ratio” as it has been one of the most consistent entry points

These Fibonacci retracement levels can be useful to use when deciding entry points and exit points.