Why has wage growth been so low? 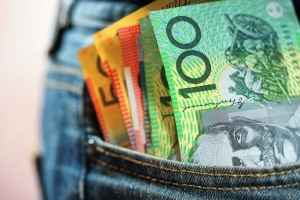 Wage growth is one of the indicators that the Reserve Bank of Australia (RBA) uses before they decide to raise interest rates. Low wage growth is one reason why the RBA is not yet raising interest rates. Low inflation is the other reason. Inflation is sitting under the RBA inflation rate of 2-3%. The current inflation rate 1.9%. We have had the longest period of low wage growth since the early 1990s. Wage growth is an important factor for firms and the economy as it affects the ability for consumers to spend on goods and services.

Lower demand of goods and services is causing firms to be reduce labour costs. This can be achieved by redundancies, reduction of working hours, or a reduction of workers. As employees are concerned about job security, they may be willing to agree to lower wage growth conditions to secure a job.

Higher wages occurred during the mining boom as firms saw higher output prices and a tight labour market. Higher wages were needed at the time to attract scarce labour.

Underemployment may result in people working part time when they may want to work full time. It can also mean people who are employed below their education or skill level.  Overall labour underutilisation is 10.2%. There are 1.37million people underemployed as of January 2018. Less working hours means less pay which restricts the purchasing power of Australians. This in effect decreases demand for products and decreases earnings for companies and stagnates wages. Underemployed people are also forgoing wage growth to receive more working hours. These employees are also likely to seek more hours for the same pay rather than ask for the same hours and a higher wage which is one of the reasons for low wage growth.

Workers have been timid about demanding wage rises as they fear their jobs can be replaced by robots and automation. Or they may fear their jobs will be moved offshore to a country with cheaper labour costs. If that does happen then there will be less jobs for Australians and more competition for existing jobs. This has lead to workers accepting low salaries to secure a job.

Higher house prices have caused record levels of household debts. As home owners take on large loans, they use a substantial portion of their income to pay off the loan. This leads to less funds to spend on consumer goods. This in effect decreases consumption and lowers earnings for companies. The result is it causes companies to tighten labour costs.

Wages have grown at record low levels but the cost of living has increased. Prices for energy and health have been rising. Households are struggling to keep up with basic bills so there is less money left to spend on consumer items. This also decreases demand for goods and services which then impacts company’s earnings. Lower earnings means companies are unable to pay their employees higher wages.

End of the Mining Boom