What are franked dividends?

Why were franked dividends introduced?

Franked dividends were introduced in Australia in 1987 to avoid double taxation. Companies were already paying a corporate tax rate of 30% on their earnings and distributing their earnings in a form of dividends to shareholders. The imputation system was introduced to prevent the shareholder from paying tax on these dividends again.

How to calculate tax with franked dividends

Let’s use an example:

Shareholder has 1000 shares of FMG 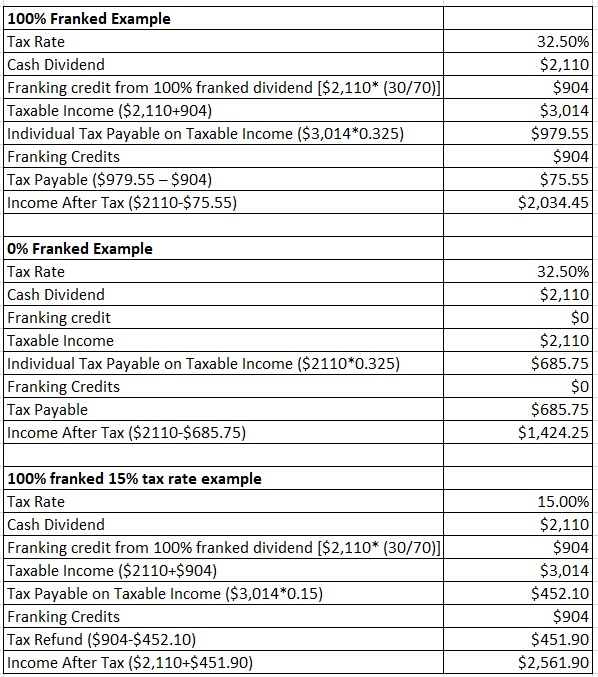 By comparing the examples, the 100% franked example receives more income as the franking credits reduces the amount the shareholder pays in tax. The shareholder with 100% franked dividend receives $2,034 income after tax versus $1,424.25 (what the shareholder with the unfranked dividend has received). In the example of the tax payer with 15% tax rate, they receive the tax refund as they only need to pay $452.10 in tax and the franking credit gave them a tax offset of $904 (which is more than what was need to be paid) so they receive a refund of $451.90. The shareholder receives the refund and the dividend in the end ($451.90+$2,110).

Companies may only pay out unfranked dividends if they do not pay company tax in Australia as they are domiciled overseas. If a dividend is partially franked, the company has only paid a partial amount of tax on their profits before distributing to shareholders.