What is Bitcoin? Demystifying Blockchain and Bitcoin 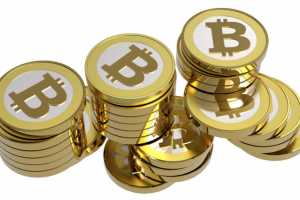 There has been a lot of news recently on blockchain and in particular bitcoin. The price of Bitcoin has had an amazing run as it was trading at US$0.39 in 2010 and it currently trading at US$7,387. These terms may be intimidating to the non-tech savvy person so in this article we will explain the concepts of blockchain and bitcoin in easy to understand terms.

The Connection Between Bitcoin and Blockchain

Blockchain is the technology that enables bitcoin to operate. Bitcoin is the digital currency which operates on this technology – which is a decentralised peer to peer payment network. This blockchain technology has many other applications, bitcoin is one of seven hundred applications that use the blockchain operating system.

Problems With Our Current System

To explain what blockchain is it, let’s run through the way the current payment systems operates and the problems that blockchain tries to resolve.

If you wanted to pay a friend $1000, you would need obtain their bank account details, and then wait up to a few business days for the funds to clear into their bank account. The problem with this system is that is no verification that there is physically $1000 in your friend’s account once the transfer has been initiated. During this time, banks regularly double spend funds in their accounts. Banks only need to hold 10.5 per cent of capital.

Banks make money from lending out funds that are on deposit from their customers. Currently the interest rates on deposits is about 2.5% and the average mortgage rate is 5%. The bank makes money from pocketing the difference between these two rates. A balance of $1000 in a bank account does not mean $1000 physically sitting in that person’s account. The bank may have lent out $900 of this balance to a customer. This double spending issue was one of the motivations behind bitcoin. The inventors were dissatisfied with the fiat currency system where the “rich take money from the poor”. This double spending issue was one of the reasons for the collapse of Lehman Brothers.

Blockchain verifies whether the payee has already paid out the cash to another person. This system helps eradicate the problem described above. In that example, the blockchain would verify whether the $1000 was in your account before you can pay your friend by using the public ledger records.

Another problem with the current system is there is a need for a third party to process the payment transaction of $1000 from person A from bank A to pay to person B at bank B. With blockchain, we can eliminate this third party as all transactions are recorded on a public ledger called a blockchain.  A public ledger basically means a record book which details all the transaction on each account. This public ledger can be viewed by anyone, you can see all the transactions which have ever transacted in blockchain in the following link https://blockexplorer.com/.  When a third party is processing transactions, it means the system is centralised. The problem with centralization is the control that authorities have on individual accounts. Bitcoin was also motivated by the aspiration of eliminating the absolute control the government has over the supply of money and the regulation of banks.

For example, in 2001, many Argentines who were fearing the devaluation of the Peso were exchanging their Pesos to US dollars and then withdrawing the US dollar from banks in large amounts. The government fearing this would destroy the banking system froze bank accounts initially for 90 days and then prohibited the withdrawal of US dollars in bank accounts. Blockchain eliminates the need for a third party as the system is a peer to peer network. This means that the public processes the transactions and hence there is no single organisation which is in total control.

How Does Blockchain Work?

All transactions around the world occurring on blockchain are recorded on this public ledger and every 10 mins a new block is created where verification and processing takes place. During this process all payments due to be paid will be checked. So using the example above, the blockchain will ensure the customer wanting to pay the $1000 actually still has the funds in the account and they haven’t double spent it by lending out a portion to someone else. New blocks are linked to older blocks making a chain of blocks that shows all the transactions ever made on blockchain from commencement. Hacking is difficult on blockchain as the hacker would not only need to hack into a specific block but the entire blockchain from the start. This could mean millions of blocks.

As previously mentioned, one of the reasons blockchain was devised was to eliminate the need for a third party. As there is no third party, there isn’t any organisation responsible for processing these transactions. The creators of the blockchain developed the network to be decentralised so that fellow peers could process these transactions. To encourage people to assist in this processing, the creators of the blockchain constructed a system where people would be rewarded bitcoins when they lent their time and facilities in helping out. The term “mining” is the technical term for this process where transactions are verified and added to the public ledger. This mining process is a difficult process which involves compiling recent transactions into blocks and then solving a difficult computational puzzle.  Miners compete to validate the transactions by solving complicated coded problems and the first one to do so receives a reward. The current mining reward to solve this cryptographic puzzle is 12.5 bitcoins. Using the most recent bitcoin price, this equates to $92,344.13.  This system solves the need for a third party and ensure someone is processing the blockchain at all times.

How Does Bitcoin Work?

Bitcoin was created to be used as a currency, except this currency exist solely in digital form. There are no physical coins representing bitcoin. When you own bitcoins you have the ability to transfer the ownership to someone else by creating a record in the blockchain. Hence the transfer is pure data. To pay someone bitcoins, you just pay to their bitcoin address.

You can purchase bitcoins on a bitcoin exchange or receive them for your goods and services. Bitcoins can be divisible up to 8 decimal places. The governor of the RBA made bitcoin legal in 2013.

You can also purchase items with bitcoin as many retailers are accepting them in exchange for goods and services. Some of the business are online stores but some are also physical stores as well. The popularity of bitcoin has been increasing rapidly and the list of businesses accepting bitcoin as payment is growing every year. Examples of stores accepting bitcoin include WordPress, Subway, Microsoft, Reddit, Virgin Galantic, Okcupid, Cheapair.com, Expedia.com, Bloomberg.com, Dell, Metropolitan Hotel Sydney, The Old Firzroy Hotel – Sydney Pub, The SG – Sydney Bar, Black Star Pastry and Cafe, Since I left you- Sydney Bar, Quality Dental– North Sydney, Bright Scapes – Dee Why landscape services, Cellini’s Bar Restaurants -Sydney Cafe.

If you would like to convert your bitcoin into cash, you can do so if you find a bitcoin exchange that will allow you to sell your bitcoin for your preferred local currency. This process would be similar to changing foreign currency into your local currency.

How to Trade Bitcoin?

Like anything that can be traded, the analysis of the charts and patterns of the commodity can identify good entry and exit points.  For help on technical analysis, please review our free trading videos: https://fairmontequities.com/effective-trading-video-series/