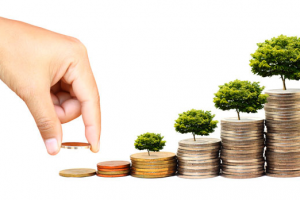 The state of the economy plays an important part in the stock market.  Analysts evaluate the economy is great detail as it affects the decisions they make on what sectors or stock to recommend. A strong economy would instigate a different trading strategy compared to a weak economy. These are the seven signs which show that the economy is recovering and gaining strength.

To see economic growth there needs to be an increase in Gross Domestic Product (GDP). This can occur through an increase in consumer spending or an increase in products produced. The level of disposable income can determine the demand of consumers. This means that unemployment figures are a very important indicator when deciding if the economy is strong. When there is high unemployment and redundancies, people may have less money to spend on goods and services. Fewer demand for goods and services means that more companies will struggle, which in turn drags down GDP.  The other effect of high unemployment and redundancies is that people who are already employed may not feel secure with their jobs. This can discourage them from spending money and they will save it in case they lose their jobs. Of course, this will also have a negative impact on GDP.

When inflation is at the desired level of 2-3 per cent consistently then it can indicate that the economy is on track for good economic growth. If inflation is too high, consumers will have less disposable income to spend on goods as their cost of living is too expensive. If consumers don’t have the ability to spend, then it will hinder GDP growth. Low inflation can signify weakness in the economy. High unemployment or low consumer confidence will keep consumer demand lower which stops prices from rising.

Wage growth is necessary to reach the inflation target in Australia. Economic growth can be attributed to consumer demand. However, this spending power is directly related to consumer income. Demand cannot increase if consumers do not have sufficient deposable income to spend money. If productivity is growing then wage growth can grow as well without increasing the real cost of labour for business. This means wage growth follows after a stronger economy once there is more investment and production. There is currently a lack of demand for goods due to low wage growth. If you see wage growth, it is a good indication that the economy has strengthened.

Household spending contributes to the largest part of the Australian economy. Increased spending means more production, which strengthens the GDP. The retail sales report can be used to predict GDP before these figures are released. A strong economy is indicated when retail sales grow by more 3 percent or more.

Higher industrial production is a good indication of a strong economy as manufacturing production data provides important information about a nation’s economic output. An increase in industrial output can mean a strengthening economy as orders for goods rise. Consumer demand is one of the variables which drives a strong GDP number, and manufacturing growth figures can assist economists in evaluating this. Analyst use the PMI (Purchasing manager index) to determine manufacturing levels. This PMI is a monthly survey completed on a group of companies assessing factors such as output, new orders and stock levels.