Could TPG shares be an opportunity down here? 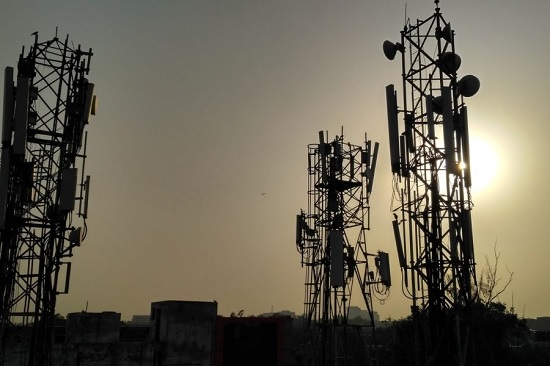 TPG Telecom’s (ASX:TPG) earnings are set to recover from a challenging 2021, which saw an earnings impact from NBN headwinds and lower mobile subscribers. While these impacts are likely to be partially offset by a portion of the targeted cost synergies flowing through in FY21, the earnings outlook for FY22+ appears much brighter, as the return to earnings growth is supported by several factors.

With this in mind, we recently researched TPG to assess whether the recent weakness presents an attractive entry opportunity.

TPG has forecast annualised cost synergies of $125m-$150m from the TPG/Vodafone merger by FY23. To date, the Company has achieved $38m in 1H21 and expects a total of $70m in cost synergies for the 12 months to 31 December 2021 (FY21). TPG has outlined that it expects synergies to be derived from backhaul to mobile sites, transferring TPG and iiNet MVNO mobiles on-net from Optus’ network and staffing costs (namely streamlining its management team).

The cost savings initiatives are supporting EBITDA margin expansion, but the degree of operating leverage is limited by the fact that the Company is continuing to spend on its 5G network rollout, as well as increasing the number of site upgrades per month. Further, the cost synergies currently generated from the merger are being largely offset by the NBN margin erosion and COVID-19 impacts on subscriber growth and international roaming.

Mobile Network Operators (MNOs) are expected to lose share in the declining pre-paid market to Mobile Virtual Network Operators (MVNOs), given greater margins in selling wholesale services. Notwithstanding, there is an opportunity for MNOs to grow subscribers in the more lucrative post-paid market. Telstra, due to its extensive 5G network coverage (with over 2.5x more sites than the nearest competitor) is expected to gain the most share in the early stages of the technology and handset upgrade cycle. (TPG’s 5G network presently covers 85% of the population in major cities, whereas Telstra’s 5G network covers 75% of the overall population)

Return of International Roaming to Drive Recovery in ARPU

Lower international roaming revenue in 1H21 as a result of border closures was a key factor in the ARPU declining from $43.10 in 2H19 to $38.90 in 1H21. As such, the return of international roaming as international travel recovers is likely to push ARPU higher, further upside to ARPU forecasts should the reopening of the borders and increase in overall subscribers leads to an environment of reduced plan discounts. International roaming is a highly profitable revenue stream for mobile operators, and it is estimated that an ARPU gains of $2/month which will add ~$75m annually in pre-tax earnings. (In context, pre-tax profit is estimated to be ~$220m in FY21)

i. A tax shield, where tax is expensed through the Profit & Loss Statement although no cash tax is paid given previous tax losses.
ii. A low dividend policy, where TPG currently has a payout ratio of at least 50%, which leaves options for higher dividends going forward.

At the interim results release in August 2021, the Company announced that it would undertake a strategic review of its owned mobile tower assets. TPG has 5,800 mobile sites and owns passive infrastructure at 1,200 of those sites. Market estimates indicate that the sale of all the passive sites could generate net sale proceeds of at least ~$0.9b, which can be used to either buy-back stock and/or further reduce debt.

With the shares trading below market valuations that sit upwards of $7.00 per share, we consider that the prospect for a more sustainable earnings recovery from improvements in both subscriber volumes and ARPU, as well as use of the balance sheet both with and without the sale proceeds from the tower assets have the potential to underpin a re-rating in the shares. Given the short trading history of the merged entity, assessing the stock on a P/E basis appears unreasonable. Having said that, the current multiple of 32.5x does not appear over-demanding on the context of forecast annual EPS growth of +30% in each year of FY22 and FY23.

It is worth noting that a potential investment risk for the shares is that there is >40% of the equity register that comes off escrow in July 2022. A number of shareholders cannot dispose of their shares for a period of 24 months following implementation of the Scheme of Arrangement on 13 July 2020.

TPG shares have been easing back since the peak in October. They started to look a bit bullish in early January but we can see that that rally fell short at the downtrend line. At the moment we should expect a bit more weakness in the short-term which will provide investors with an even cheaper entry point.